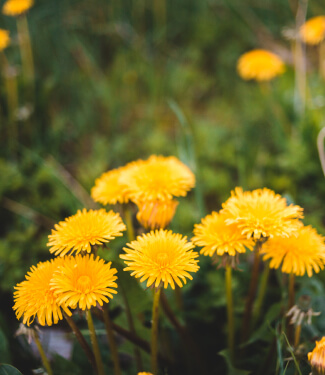 Dandelion grows wild in most parts of the world and is cultivated in Germany and France. It can grow in all environments but prefers loose, rich, and healthy soil.  Dandelion is a plant with yellow flowers related to the daisy family. Its roots, leaves, and flowers have been used in traditional medicine in China, India, Mexico, and North America to treat different issues. Dandelion is ideal for making tea, wine, soups, and salads. It makes a good substitute for coffee. Dandelion leaf is known to be a potent diuretic, with an action comparable to that of the drug furosemide, according to David Hoffmann’s Medical Herbalism. Dandelion leaf offers one of the best natural sources of potassium. It is thus an ideally balanced remedy that may be used safely whenever diuretic action is needed, even for water retention related to heart problems. This herb is a most valuable general tonic and perhaps the best widely applicable diuretic and liver tonic.

Dandelions have been an essential component of Ayurvedic and Traditional Chinese Medicine for at least a thousand years. The plants, believed to be native to the Mediterranean, were well known by ancient Greeks, Romans and Egyptians. Medicinally, dandelion roots and leaves were used as a tonic to remove toxins from the bloodstream, acting as a gentle diuretic to improve the function of the digestive system.

Dandelion was used as a tool to find how long you would live by blowing the seeds off the head. The remaining seeds determined the years to live. Our ancestors believed that drying and roasting dandelion root and drinking it as tea would promote psychic powers.  When dandelion was held under a child’s chin, the more golden the glow, the richer or sweeter the child would be. 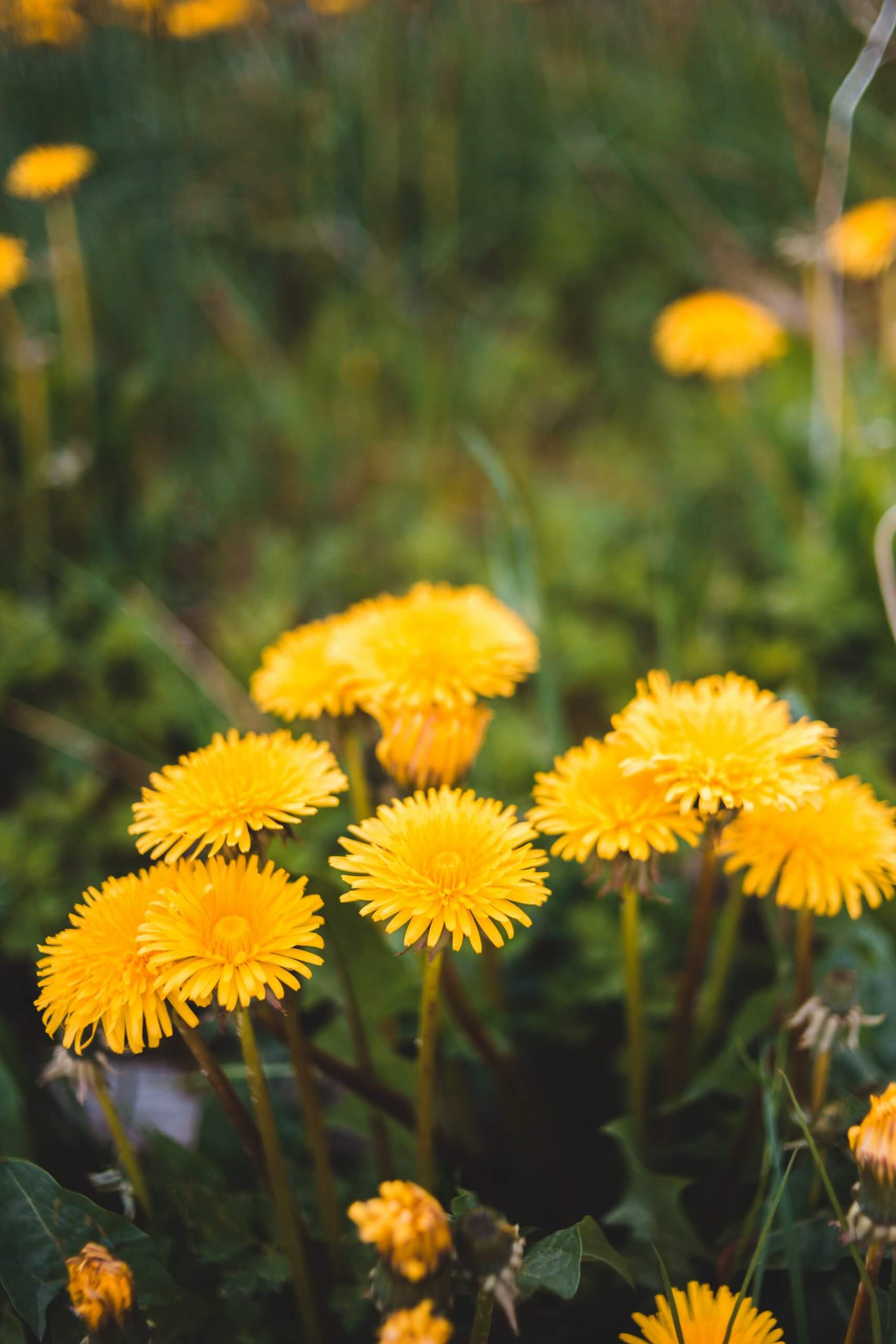 1. Dandelion derives its name from the French term “dent de lion”, meaning ‘tooth of the lion.’

2. Dandelion is the symbol of hope, love and happiness

3. Dandelion represents three celestial bodies. The yellow flower resembles the sun, the puffball relates to the moon, and the dispersing seeds are the stars.

4. For a sensitive person, the most common allergic reaction when touching dandelion is dermatitis and eczema

5. Dandelion’s leaves can grow as long as 10 inches 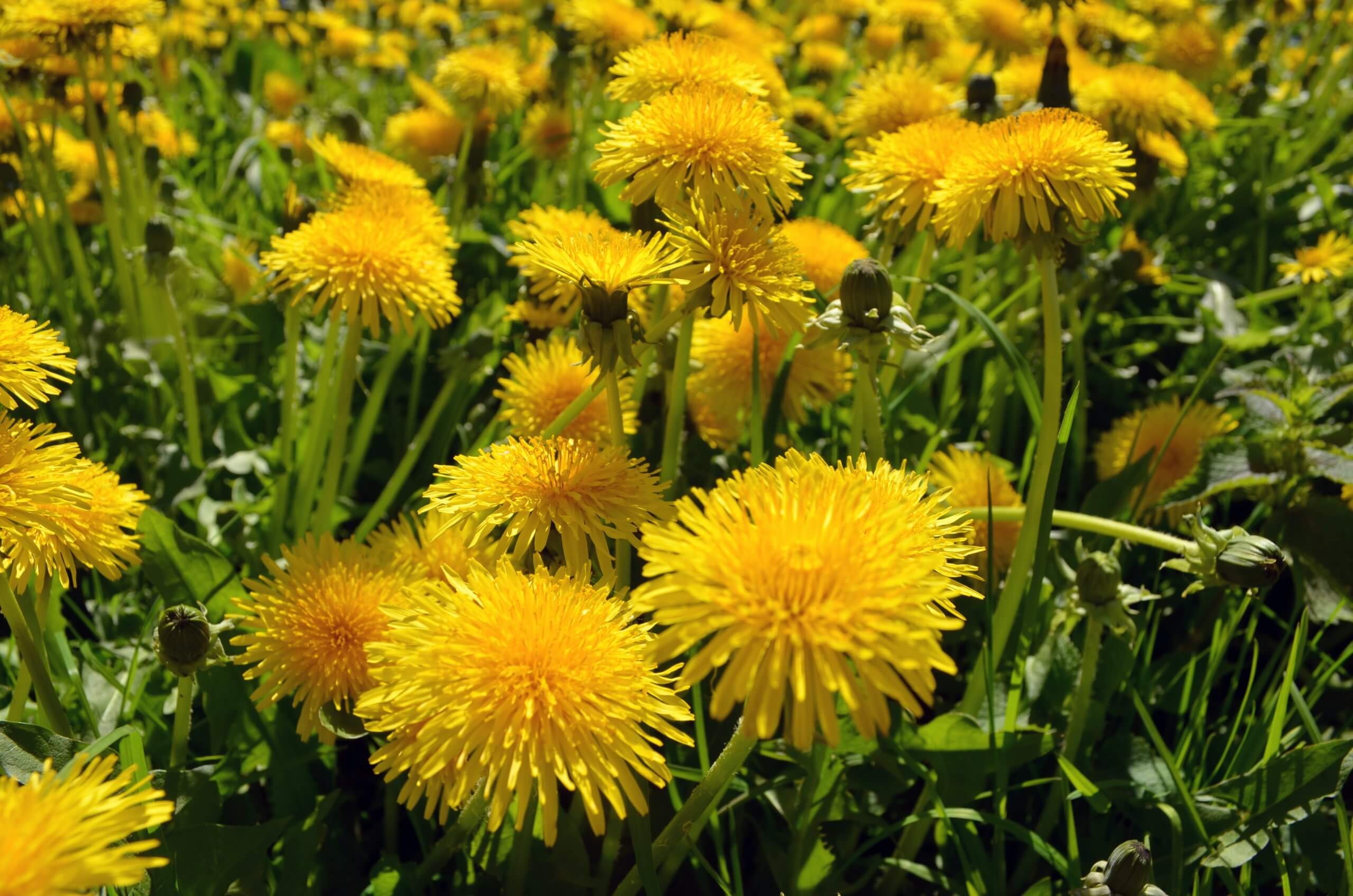 What Are The Health Benefits Of Dandelion?

Dandelion has also been used to treat high blood pressure by reducing fluid volume in the body.

Dandelion has been used for centuries to heal a number of health ailments such as diabetes, high blood pressure, eczema, stomach issues, high cholesterol, liver and kidney diseases.

The dandelion leaf contains high potassium levels, which is known to reduce blood pressure. According to the  American Heart Association (AHA)Trusted Sources potassium can help manage blood pressure by reducing the negative impact of sodium.

Dandelion is also known for its diuretic properties by increasing the flow of urine output. Diuretics help reduce the excessive sodium and water from the body, especially the blood, which means the heart pumps less fluid.

In one study investigating the effects of oral administration of dandelion extracts in rats and mice, leaf extracts produced more significant diuresis than root extracts. A dose of 50 ml/kg body weight (equivalent to 2g dried herbs) had an effect comparable to that of furosemide given at a dosage of 80 mg/kg.

Dandelion is very nutritious and full of potent antioxidants, such as beta carotene and polyphenols. This is the reason why they are well-known for their healing properties. 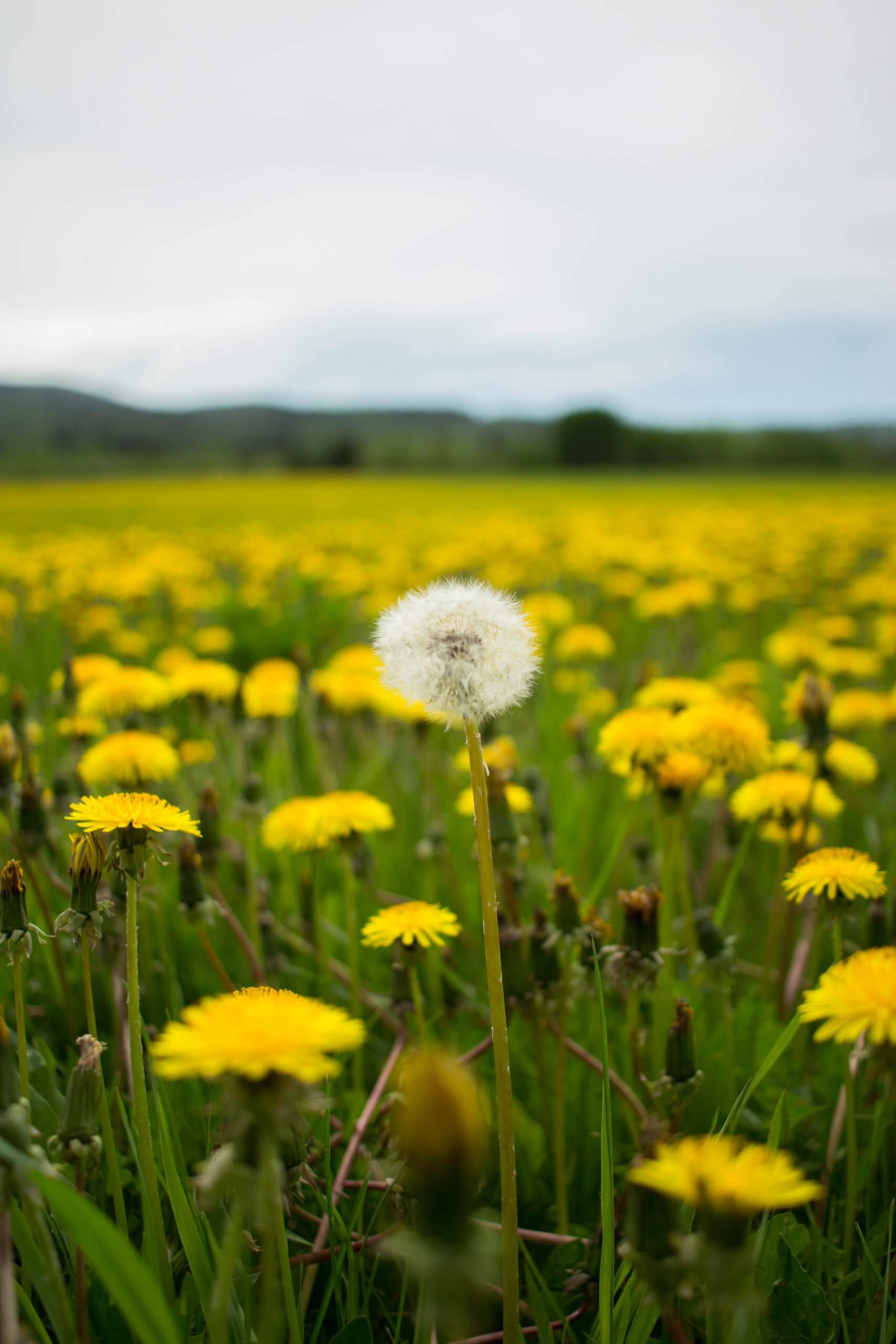 Dandelion has been frequently used to prevent or treat different liver diseases because of its rich phytochemical composition with demonstrated effect against hepatic injuries. Studies have shown that the antioxidant activity of the bioactive component of dandelion may be a potential preventive, therapeutic agent for the severe liver and renal inflammatory injury. Research and studies are still ongoing.

Can you lose weight by drinking dandelion tea?

You can lose weight by drinking dandelion tea because it contains potent diuretic properties. 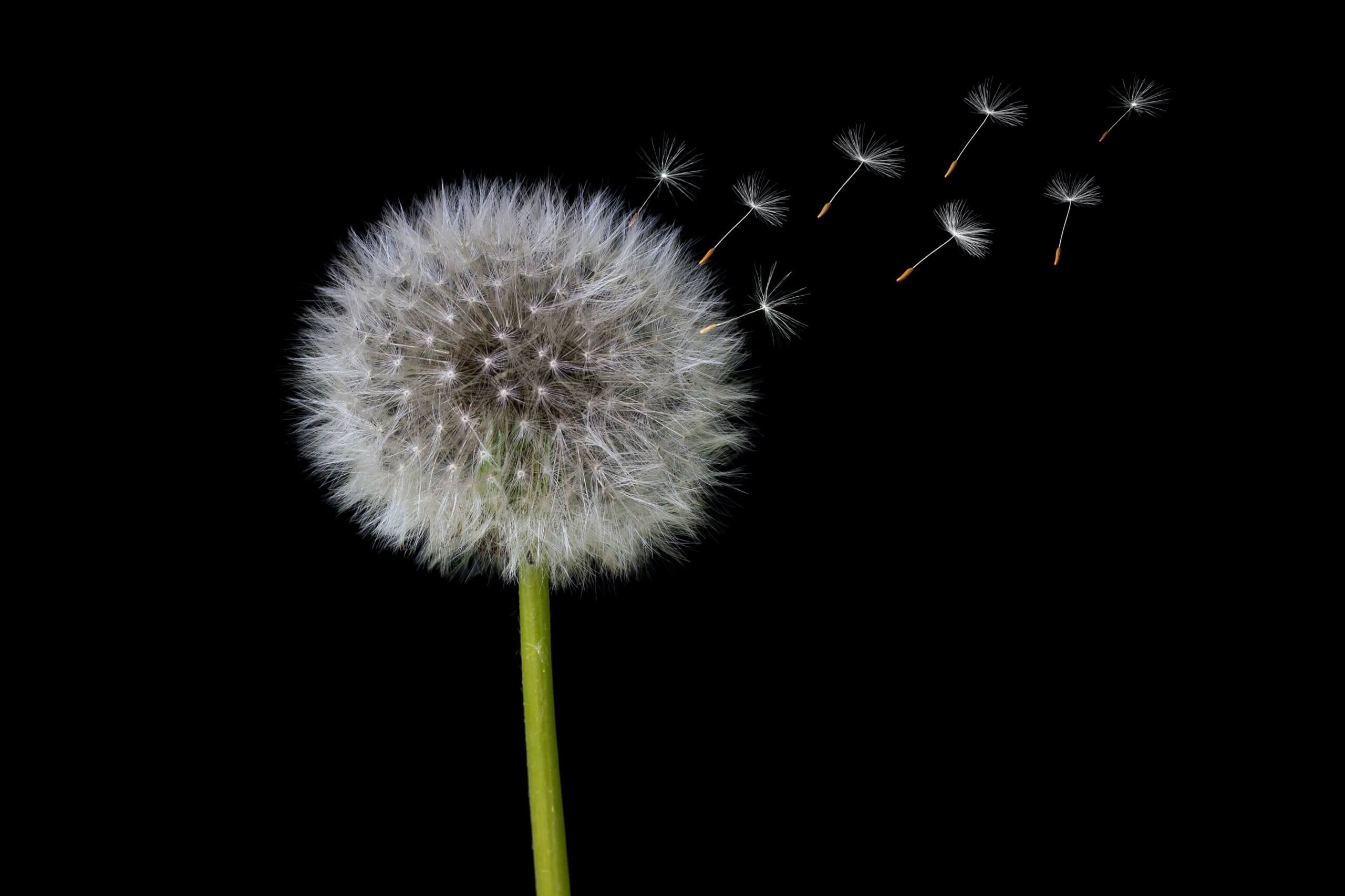 Studies have shown that dandelion is an essential anti-diabetic plant because of its anti-hyperglycemic, anti-oxidative, and anti-inflammatory properties. This is due to the various bioactive components present in dandelion, including polyphenolics, sesquiterpenes, triterpenes, and phytosterols. The most important and comprehensively studied bioactive components of dandelion are chlorogenic acid, chicory acid, taraxasterol, and sesquiterpene lactones. These components possess great potential as anti-diabetic pharmaceuticals and nutraceuticals for regulating diabetes. They also have the potential for use in anti-diabetic functional food. 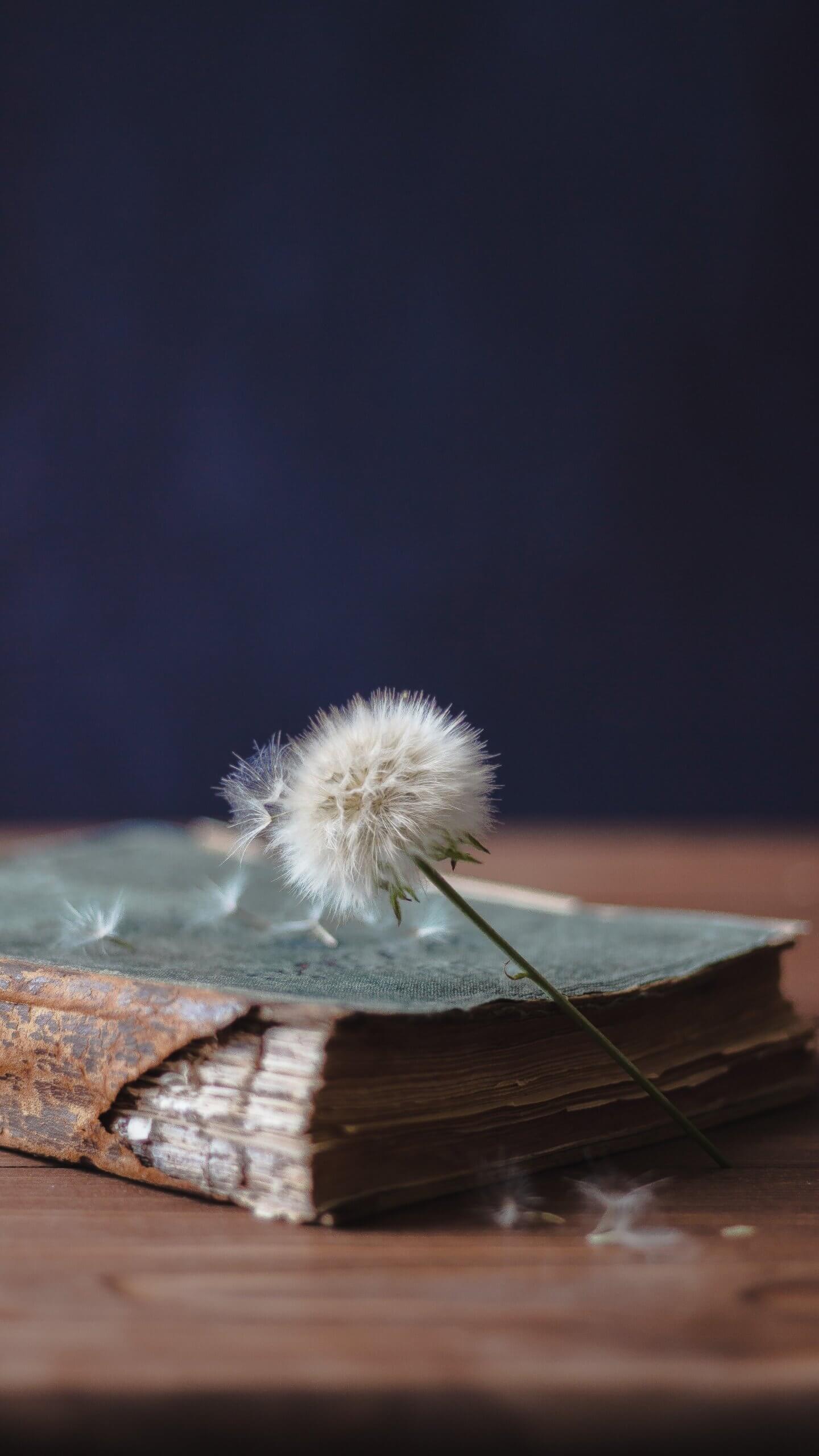 Dandelion is believed to be the critical detoxifying herb that gently stimulates the liver and gallbladder’s capacity to clear waste products from the body. The action makes it valuable in the many health conditions that involve chronic toxicity, whether this toxicity is linked to inflammation, infection or dietary or environmental factors. Dandelion has been typically taken to treat constipation, skin problems, such as eczema, and arthritic conditions, where improved clearance of waste products can reduce local inflammation.

Talk to your practitioner if you’re taking water pills. Dandelion can increase the number of times you urinate.

Dandelion is low in toxicity, but allergic reactions are possible in some sensitive people.

We have formulated dandelion with other botanical herbs to enhance its therapeutic effects. Dandelion offers soft and herbaceous notes to herbal tea blends.

Dandelion leaf is found in the following tea blends:

Metabolise is a herbal tea blend that offers herbaceous and spice notes to the cup. Metabolise has been curated using traditional botanical herbs and spices to help promote metabolism and natural detoxification. It combines cleavers, dandelion, fennel, ginger, orange peel and cinnamon.

This website contains general information about the traditional use of herbal teas. The information is not advice and should not be treated as such. If you have any specific questions about any medical matter, you should consult your doctor or other professional healthcare providers.